Deyun teahouse is adjacent to Daci Temple, which was named by Emperor Xuanzong of Tang Dynasty. It has been rebuilt in the late Qing Dynasty, but not in the style of the Tang Dynasty. However, it must have been the majestic style of "corridor waist man back, eaves teeth high peck". The past serves the present, and the west is spreading eastward. The interior decoration of the teahouse is a combination of Chinese and Western culture, which is a wonderful combination of harmony. Today, Zhengzhou decoration company hongyutang decoration small edition brings you the decoration design case of Zhongqing xiyundeyun tea house! 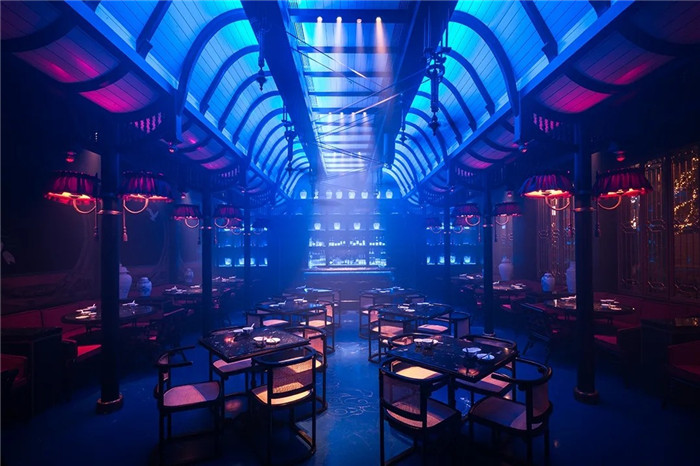 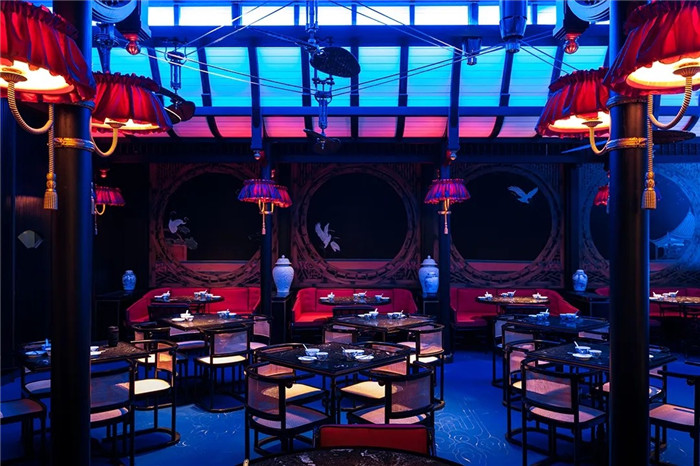 The dining room is arranged symmetrically along the central axis. It is made from the mountain flowers on the building board of the West Sichuan mansion. The whole line is beautiful, but it has a strong sense of strength. The curve goes down with the trend and forms a private place for the card seat. 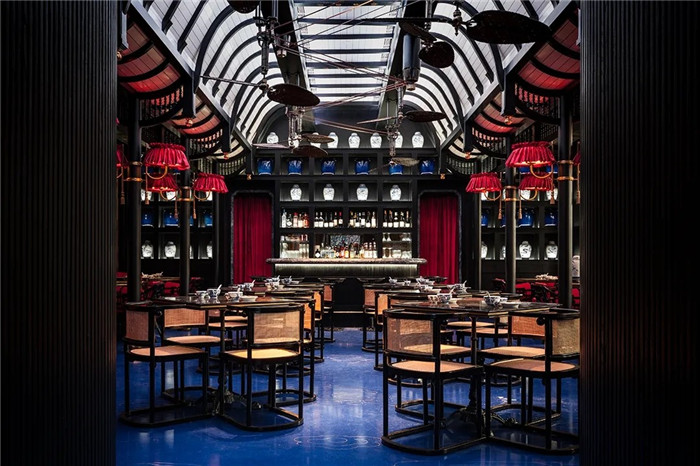 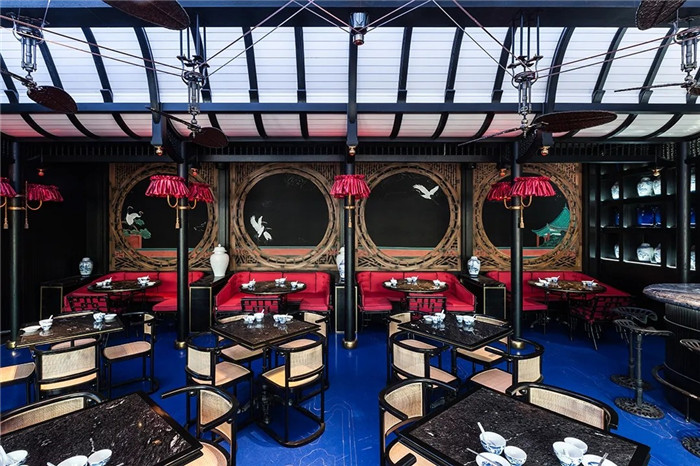 The six blue and white porcelain pillars at the Paoma corridor outside the gate were fired by Chinese artists in Jingdezhen. They took more than half a year to form. The overall height was 3 meters and the diameter was 60 centimeters. The finished product rate was extremely low. The blue and white porcelain columns were painted with green dragon plates and clouds, which were like shadows. 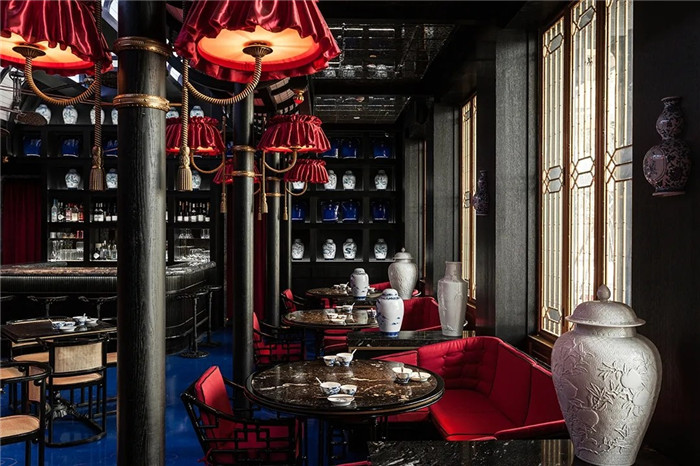 The inspiration for the window pane decoration of the teahouse is from the tired Qin Zhai of the Imperial Palace, which shocked its bamboo weaving "reed spring" craft, and the designer combined modern laser carving glass and single layer mirror mask, reconstructing the effect of the double floor moon gate of the tired Qin Zhai bamboo plait. The ground is decorated with natural Lapis tone terrazzo inlaid with bronze auspicious cloud pattern, which pays homage to the superb enamel technology. 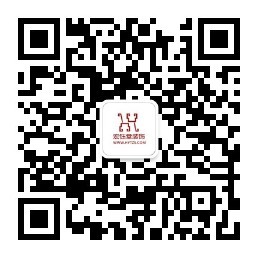